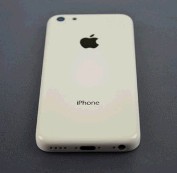 This time the owner of Apple partner factories in China, Hon Hai, is reported to have got the "green light" to start sending them in early September.  Is none other than the two devices is the iPhone 5C mentioned going to target the mid-price segment for the first time and the iPhone 5S is the direct successor of the iPhone 5.

This information comes from The Wall Street Journal, citing sources "familiar with the matter". Before the iPhone 5S 5C and iPhone, Apple has never announced the presence of two iPhone models in the adjacent.  A few days ago,

AllThingsD had circulated information on the announcement of two new iPhone, which is on 10 September, but the news has not been established. Not clear is whether Apple will introduce both simultaneously or on a separate occasion.

Also broke the news that the iPhone 5C will be sold for 400 to 500 U.S. dollars, or approximately USD 4.3 to 5.3 million.  According to analyst estimates, the iPhone version of the "cheap" that its shell is made of plastic material could help Apple boost sales in emerging markets such as China and India.